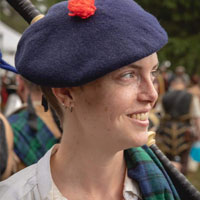 Jenna Dennison – Director and Head Instructor
Jenna Dennison began bagpiping in 2003 (learning from Iain MacLeod in the very early stages of the Montréal Piping & Drumming School) and joined the school’s staff as an instructor in 2006. In contrast to her classical piano background, the unique sound of the highland pipes and the social nature of the piping world had her hooked from the start. Read more.. 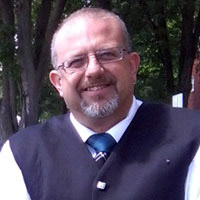 Eric Marchand – Associate Director and Piping Instructor
Eric Marchand began as a piping student under Iain McLeod back in 2008, and is still learning! Eric began serving as an administrator for the school in 2013, and over the years has developed a solid experience in the maintenance and tuning of Bagpipes and is always happy to help a student with his/her instrument. 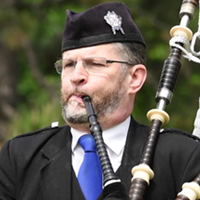 Jordon Anderson – Piping Instructor
Jordon learned bagpipes from James Dobbie as an 8 year old and first performed in public as a soloist at 10 years of age. He joined the Pierrefonds Pipes and Drums then later the Black Watch Cadets before taking a full time summer job playing bagpipes for tourists as part of the 78th Fraser Highlanders at the Old Fort on Saint Helen’s Island in 1982. Read more.. 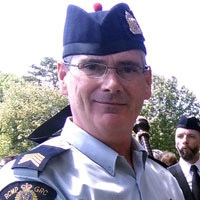 Lochie Bisaillion – Piping Instructor
Lochie started playing in 1976 at the age of 12 under the tutelage of Pipe Major Morag Jamieson of the Sons of Scotland Pipe Band in Ottawa. As a Major in the 2870 Ottawa Service Battalion Cadet Corps, Lochie had the unique opportunity in 1982 to travel to Edinburgh, Scotland to participate in a program offered under the auspices of the Pipe Majors’ Course given by Capt. John Allan of the Army School of Bagpipe Music. Read More.. 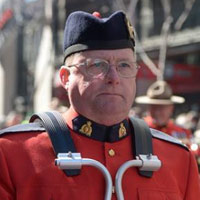 Hal McLevy – Drumming Instructor
Harold (Hal) McLevy is the drumming instructor at the Montreal Piping and Drumming School. A mainstay of the Montreal Highland music community, Hal has been playing bass, flourish tenor, and snare drums with Montreal area Highland pipe bands for the past 48 years! Read more.. 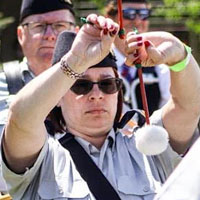 Jen Abbondanza – Tenor Instructor
Jen has been playing tenor drum since the age of 16. In 2010, she studied under Sarah Brown with the 306 Air Force Association band and subsequently joined the RCMP C Division Pipes and Drums in 2012. In both 2012 and 2013, Jen was the deputy tenor drummer at the FIMMQ (Festival international de musiques militaires de Québec) with the RCMP composite band. She placed 1st (gr. 5) with Montreal Pipes and Drums at the 2017 Montreal Highland Games and was the Novice Tenor Drum Champion at the New Hampshire Highland Games in 2018. 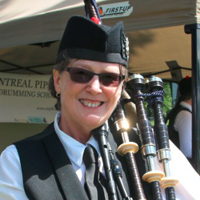 Debbie Esplin – School Administrator
Debbie has been volunteering her time with the school helping with various events as well as contributing her valuable input to the school website and social media content.